A study led by the UB with the participation of UPF has characterized an animal model of NDAN pathology, in which patients present senile plaques in the brain, but do not develop dementia. 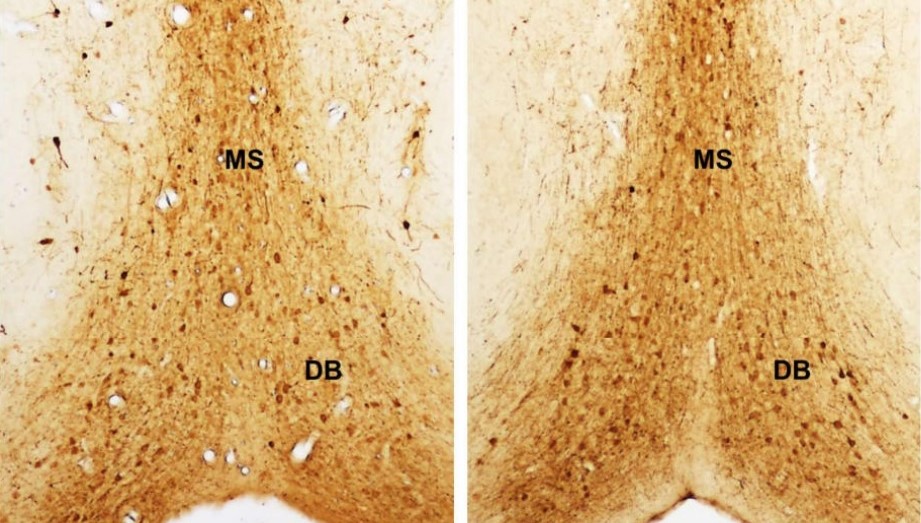 Alzheimer’s is a neurodegenerative disease that features the accumulation of the beta-amyloid peptide and Tau protein in the brain, which are associated with deficits in the neuronal connections and with dementia. However, researchers have recently discovered a type of people that despite the accumulation of these molecules, they do not develop dementia: the NDAN patients (non-Demented with Alzheimer’s disease Neuropathology).

A team coordinated by Marta Pascual, researcher at the Department of Cellular Biology, Physiology and Immunology, the Institute of Neurosciences of the UB (UBNeuro) and the Center for Networking Biomedical Research in Neurodegenerative Diseases (CIBERNED) has characterized a new mouse model with this pathology. The results, published in the journal Brain, will enable the analysis of the pathological features that differentiate NDAN from Alzheimer’s patients, shedding light on new therapeutical approaches to preserve cognition in these patients.

UB doctoral student Eva Dávila-Bouzinguet is the first author of a study which counts on the participation of researchers from the Laboratory of Neuropharmacology (Neurophar) at UPF Rafael Maldonado and Andrés Ozaita, the Molecular Biology Centre Severo Ochoa (CSIC-UAM) and the University Pablo de Olavide.

The NDAN pathology is not well known yet and its prevalence is not clear since the patients do not have a defined symptomatology. Also, they do not suffer the common cognitive alterations Alzheimer’s patients have, so these cases are very hard to detect. In fact, many times, NDAN patients are mixed up with the control individuals in studies of Alzheimer’s: “In most of the cases they are detected to belong to the NDAN group when there is an analysis of beta-amyloid or the Tau hyperphosphorylation via positron emission tomography (PET), or in the obtained tissue pf the autopsies of these patients”, says Marta Pascual, also lecturer at the Faculty of Biology of the UB.

The results will enable the analysis of the pathological features that differentiate NDAN from Alzheimer’s patients, shedding light on new therapeutical approaches to preserve cognition in these patients.

With this challenge, the researchers analysed a transgenic mouse model in which the plaques of the beta-amyloid protein and the hyperphosphorylated Tau protein are accumulated in the animals’ brain, but they do not suffer from the common cognitive deficits of Alzheimer’s. “To date, we could only study this pathology by analysing the human tissue from the patients’ autopsies, with the limitations it involves. This animal model will allow us to conduct methodologies that are impossible to do on the human tissue, such as connection routing or studies of the synapses’ physiology, as well as an analysis of the progress of the pathology since the beginning”, notes the researcher.

A new starting point to study the disease 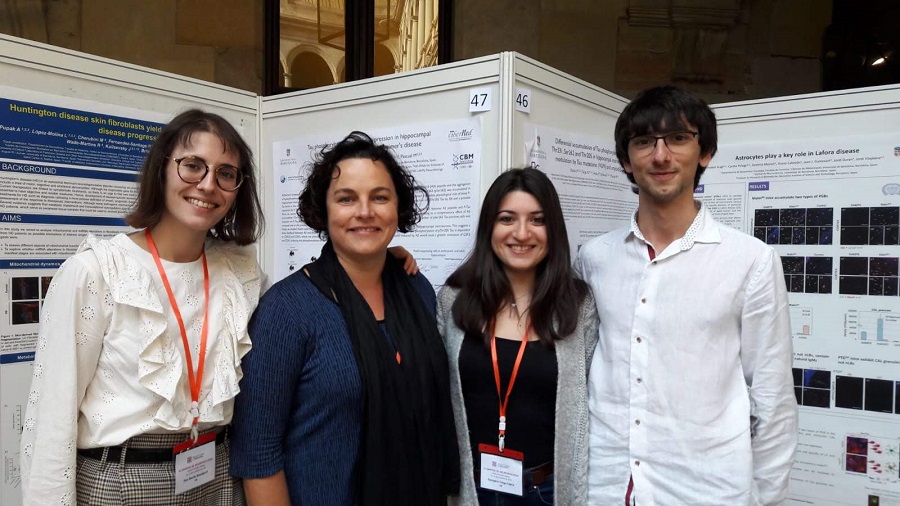 The difficulty and one of the most relevant aspects of the study is that the researchers analysed the new animal model from a broad perspective, from the brain tissues to the cognitive response, in order to assess its similarity with NDAN. “Histologically, we analysed the different cellular types of the hippocampus, but its relation to the septum too, the region with which it establishes relevant connections. Also, we have studied the electrophysiology of the hippocampus on awake animals and the cognition through several learning tests”, notes Marta Pascual.

“All of this ─she continues─ has allowed us to have a comprehensive characterization that led us to present it as a new model for the NDAN”.

This animal model will allow to conduct methodologies that are impossible to do on the human tissue, such as connection routing or studies of the synapses’ physiology, as well as an analysis of the progress of the pathology since the beginning.

According to the researchers, this is a new starting point for the study of cognitive alterations associated with Alzheimer’s and to understand how and why the cognition is altered in this pathology. “If we understand why the NDAN patients show this cognitive preservation despite the presence of senile plaques and Tau neurofibrillary tangles, we can influence or provoke this resilience in Alzheimer’s patients, improving their quality of life notably”, concludes the researcher.