A study by the researchers Lluís Mas, Frederic Guerrero, Xavier Ramon and the alumni Laura Grande, of the Department of Communication published in the journal The Political Economy of Communication. 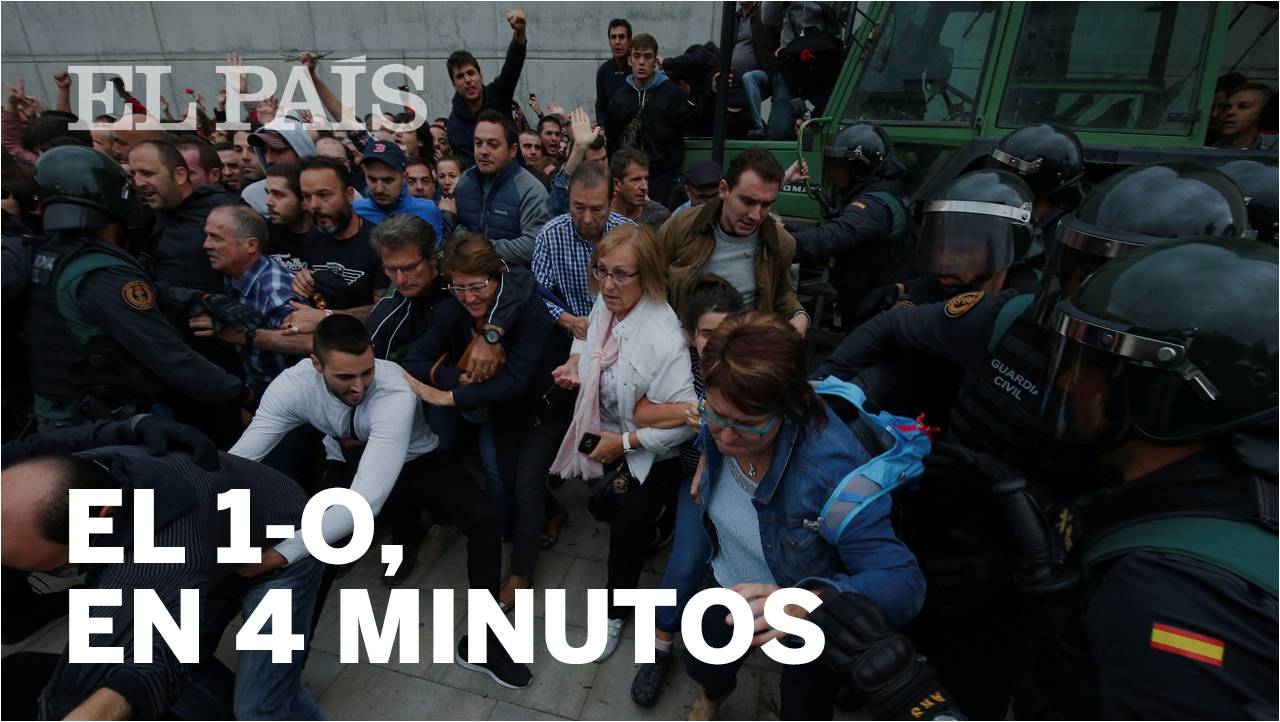 The Spanish daily newspaper El País applied interpretative frames of patriotic journalism to cover the events of the Catalan process in October 2017. This is reflected in a study conducted by the researchers Lluís Mas, Frederic Guerrero, Xavier Ramon and the alumni Laura Grande, of the UPF Department of Communication, published in the scientific journal The Political Economy of Communication, which belongs to the International Association for Media and Communication Research (IAMCR).

The authors of the article state that “during the month of October 2017, El País hinged its news items around a unionist “us” and a pro-independence “them” and applied six characteristic frames of patriotic journalism. In the part of “us” El País “sanitized” the police violence, “personalized” the unionist victims, and “recontextualized” unfavourable information as fake news, in some cases coming from the interfering “Russian machinery”.” And the authors go on to say that “In the part of “them”, El País “ignored” and “demonized” the independence movement with insults and accusations of fascism, and “equalized” the power (inherent in any state) of the two sides”.

This is the first time that the application of patriotic journalism has been reported in an internal affair without any real threat to national security and without violence. Patriotic journalism is a typical phenomenon of the coverage of wars and international terrorist threats. The researchers’ finding is of particular importance because it concerns a Spanish-language daily newspaper that is an international benchmark and, without doubt, the pioneer in the application of codes of conduct and other instruments of journalistic self-regulation (El País Newsroom Statute).

The study also highlights the intensity of this newspaper’s coverage of the process over a month with the publication of 751 news items, far more than the 83 it devoted to the #MeToo movement (that erupted during that same month) or the 54 on the main October news story of the following year (2018): the Spanish Catholic Church abuse scandal. In addition, 30% of these 751 items were not news stories, but opinion articles, infographics and galleries, editorials or major reports.

Accusations of fake news were used as a geopolitical weapon [...] and they established themselves as the safeguards of truth and democracy

Finally, the study by the UPF researchers is in line with similar studies of cases like the conflict in Ukraine, where some of the Western press and certain governments used the accusations of fake news as a geopolitical weapon and established themselves as the safeguards of truth and democracy.

In the case of the coverage of the Catalan process by El País, accusations of fake news were used both to legitimize the breach of ethical standards and values of journalism and to defend the political and economic interests of Grupo Prisa as one of the privileged business conglomerates arising from the system established after the Spanish transition, as described in the article.