The research, led by María José González, a professor at the UPF Department of Political and Social Sciences, and İbrahim Sönmez, a PhD candidate at the same department, studies the relationship between wages and type of partner (homosexual and heterosexual) for men and women between 2006 and 2018. 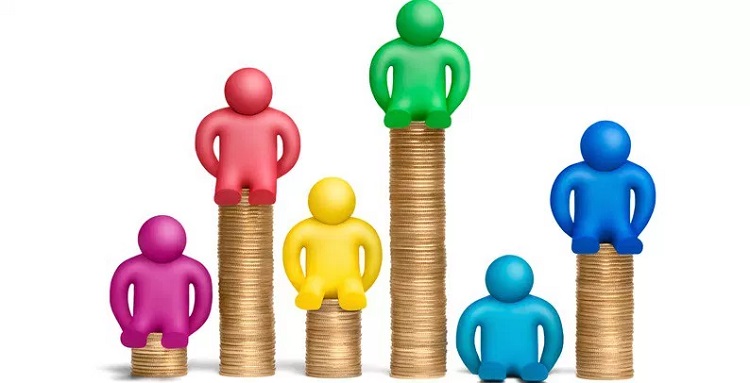 Spain is among the five countries in the world with the highest levels of social acceptance of LGBTIQ+ people and rights, and was the third country in the world to legalize same-sex marriages, in 2005. In 2019, 3.1% of marriages were between same-sex couples (INE 2020). In this context, it would seem consistent that sexual orientation should not determine wage inequalities. But is this really so? What is the relationship between sexual orientation and wages?

The study, recently published in Journal of Family Issues, found a significant correlation between sexual orientation -measured on the basis of type of partner- and wages.

A study led by María José González, a professor at the UPF Department of Political and Social Sciences and a researcher with the Sociodemography Research Group (DemoSoc), together with İbrahim Sönmez, a predoctoral researcher and member of the same group, has analysed for the first time in Spain whether sexual orientation leads to salary differences between men and women who live with a partner.

The study, recently published in Journal of Family Issues, finds a significant correlation between sexual orientation -measured on the basis of type of partner- and wages, despite the degree of tolerance of LGBTIQ+ rights.

M. José González asserts that “our results show that partnered gay men suffer a wage disadvantage compared to partnered heterosexuals under this model. And this disadvantage remains present even after taking sociodemographic differences into account such as the presence of children, educational attainment, occupational level, work experience or sector of employment (public and private)”.

According to the authors, statistical analyses indicate that the wage gap due to men’s sexual orientation can largely be attributed to unobservable variables, which would indicate the presence of discrimination against homosexuals in the labour market.

Partnered lesbians earn more money, due to their socio-occupational profile

Moreover, with regard to partnered women, the research finds that lesbians have a wage advantage compared to heterosexual women. However, this advantage disappears after controlling for differences in labour trends of women according to sexual orientation.

“Lesbians are less likely to undertake the bulk of household tasks and home care and, therefore, are also less susceptible to inactivity and part-time work than heterosexual women”, M. José González explains. And she adds: “If, however, we take working hours into account, both lesbians and heterosexuals receive wages according to their training and work experience, regardless of their sexual orientation”.

Analysis of data between 2006 and 2018 from the EPA labour force survey, the social security and tax agencies

The work is the first in its field in Spain, as for the first time a database is available that combines individual income and household make-up (EPA labour force survey with a sample of nearly 190,000 people) with wage data records from the social security and tax agencies. These data allow analysing the association between wages and type of partner (homosexual or heterosexual) for men and women in Spain between 2006 and 2018.

The authors identify people living with a same-sex partner (homosexual) and opposite sex partners (heterosexual).

The authors identify people living with a same-sex partner (homosexual) and opposite sex partners (heterosexual). In fact, they do not have a perfect indicator of sexual orientation of the population (these data are not usually available in official surveys) but an approximate or indirect variable obtained from the make-up by sex of couples (from questions such as whether they live with a partner and the sex of the partner).

Legislation must eliminate stereotypes and discrimination, which still exist

The work, which highlights the need to implement policies that work to eliminate stereotypes and prejudices towards different sexual orientations, stresses that in a seemingly open, tolerant society as is Spain, sexual orientation is still important. “Our study has shown that the transgression of the mandate of heteronormativity has consequences in the labour market for men, but not for women”, M. José González asserts.

“Our study has shown that the transgression of the mandate of heteronormativity has consequences for the labour market for men, but not for women”.

Moreover, the authors warn of “statistical discrimination”, which mostly affects heterosexual women (and not so much lesbians, with higher wages): they are offered lower wages in the labour market not due to their personal characteristics, but due to the widespread perception that they are less productive due to the specialization of gender roles and the corresponding overload of housework and care.

Finally, there are some “unobserved characteristics”, such as value or expectations, which may affect wage inequality between men and women in same-sex couples and couples of the opposite sex. “If a gay man expects to be discriminated against, his labour market expectations may be reduced. In this case, it is not sexual orientation that is responsible for wage inequality, but differences in ambition and expectations”, M. José González concludes.