The professor with the UPF Department of Humanities is to investigate the social, economic, political and scientific dimensions of knowledge and its circulation both in Eastern Europe and Western Europe, and between the two blocs. The research project is funded by the Spanish Government and will last three years. 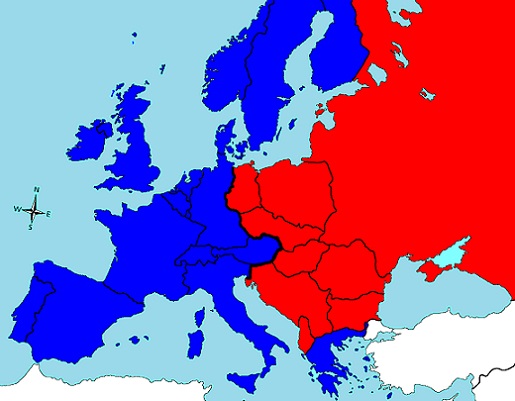 Daniele Cozzoli, a senior lecturer and coordinator of the UPF History of Science and Modern Culture Research Group (GEHC) at the Department of Humanities, is the principal investigator of the research project “Intra-European circulation of knowledge during the Cold War” (IECKCW), which began last June.

The project, endowed with some 46,000 euros and with a duration of three years, was among those selected under the last call (2019) of the Spanish National Plan for Scientific and Technical Research and Innovation (R&D&I) 2017-2020 promoted by the Spanish ministries of Science and Innovation and of Universities.

The project will pay special attention to the role played by transnational organizations, scientific associations, political parties and private companies.

With the aim of integrating the approaches of the history of science with global history, the project, which will involve the participation of historians in the fields of science, technology and economics, will investigate the material and immaterial flows and circulation of knowledge during the Cold War, both between Eastern and Western Europe, and within each of the two blocs.

“Based on the observation that any cultural, political and economic activity during the Cold War in the Western bloc was somehow conditioned by the Eastern Bloc, and vice versa, this project will examine the flow of knowledge within the two blocs, that were produced always taking into account what the other was doing or thought it was doing”, Daniele Cozzoli explains.

In this regard, one of the hypotheses the project seeks to demonstrate is that the creation of the European Economic Community (EEC) and intra-European scientific organizations in Western Europe was a key factor in promoting the circulation of knowledge within Eastern Europe.

It will also underscore the importance of the difference between international cooperation and integration (“two concepts that are often confused in the rhetoric of international diplomacy and even in historiography”, the researcher clarifies), as well as the difference as to how the two processes were perceived in Eastern and Western Europe.