Oldest ever human genetic evidence clarifies dispute over our ancestors

Oldest ever human genetic evidence clarifies dispute over our ancestors

Molecular material from an 800.000-year-old human fossil has been retrieved for the first time. The results shed light on one of the branching points in the human family tree, reaching much further back in time than previously possible. 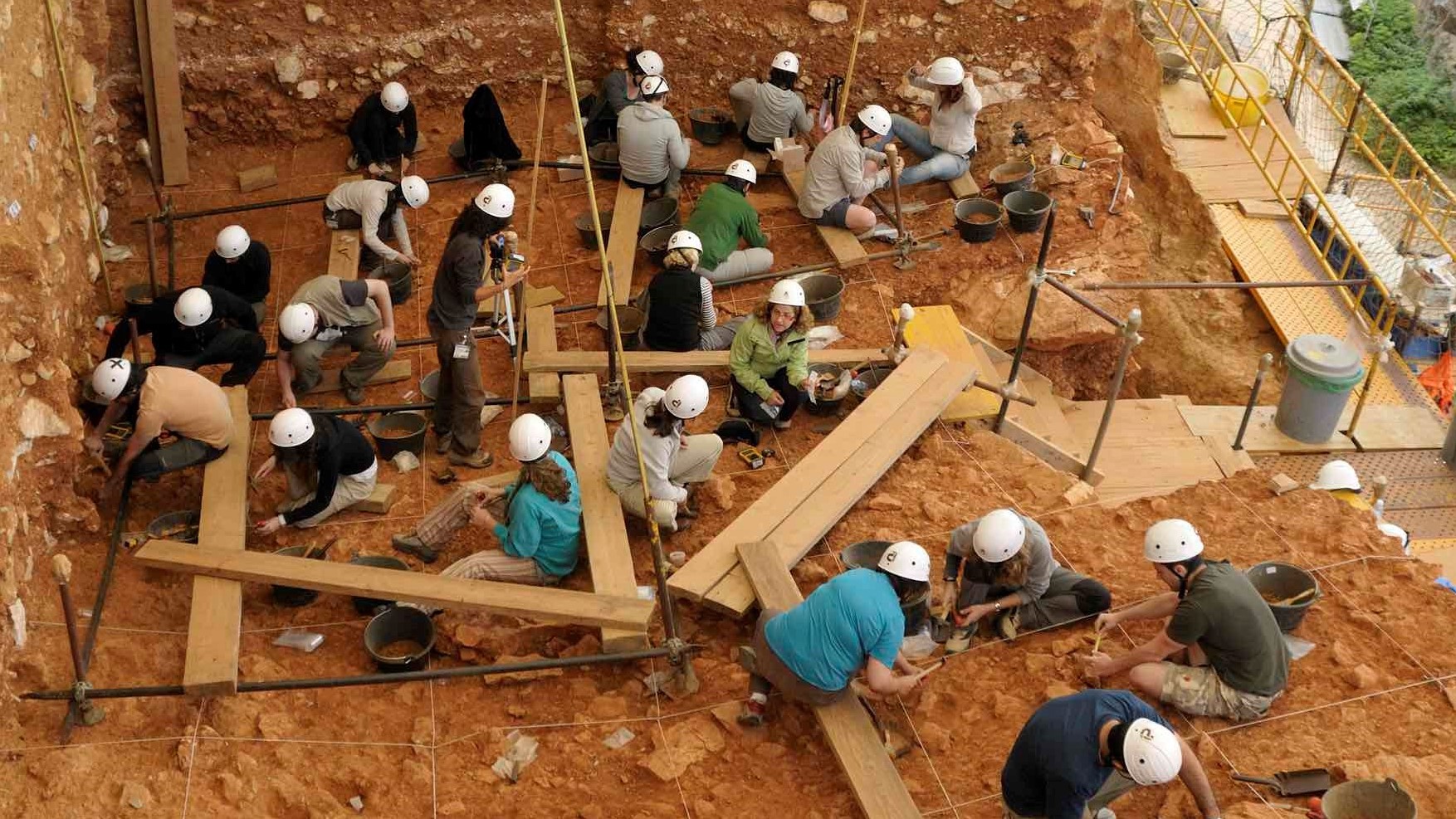 An important advancement in human evolution studies has been achieved after scientists retrieved one of the oldest human genetic data set from an 800.000-year-old tooth belonging to the hominin species Homo antecessor.

The findings by scientists from the University of Copenhagen (Denmark), in collaboration with colleagues from the CENIEH (National Research Center on Human Evolution) in Burgos, Spain, and other institutions including the Institute of Evolutionary Biology (IBE, CSIC-UPF) and the Proteomics Unit CRG-UPF were published yesterday, April 1, in Nature.

Some proteins can be conserved for a very long time, helping us study ancient hominid samples that are too old to use traditional sequencing tools, because DNA is too unstable and has completely broken down over time.

“Ancient protein analysis provides evidence for a close relationship between Homo antecessor, us (Homo sapiens), Neanderthals, and Denisovans. Our results support the idea that Homo antecessor was a sister group to the group containing Homo sapiens, Neanderthals, and Denisovans, although we have to assume that the phylogenetic trees we have obtained are a good descriptor of the overall population relationships among these hominin groups.” says Frido Welker, Postdoctoral Research Fellow at the Globe Institute, University of Copenhagen, and first author on the paper. 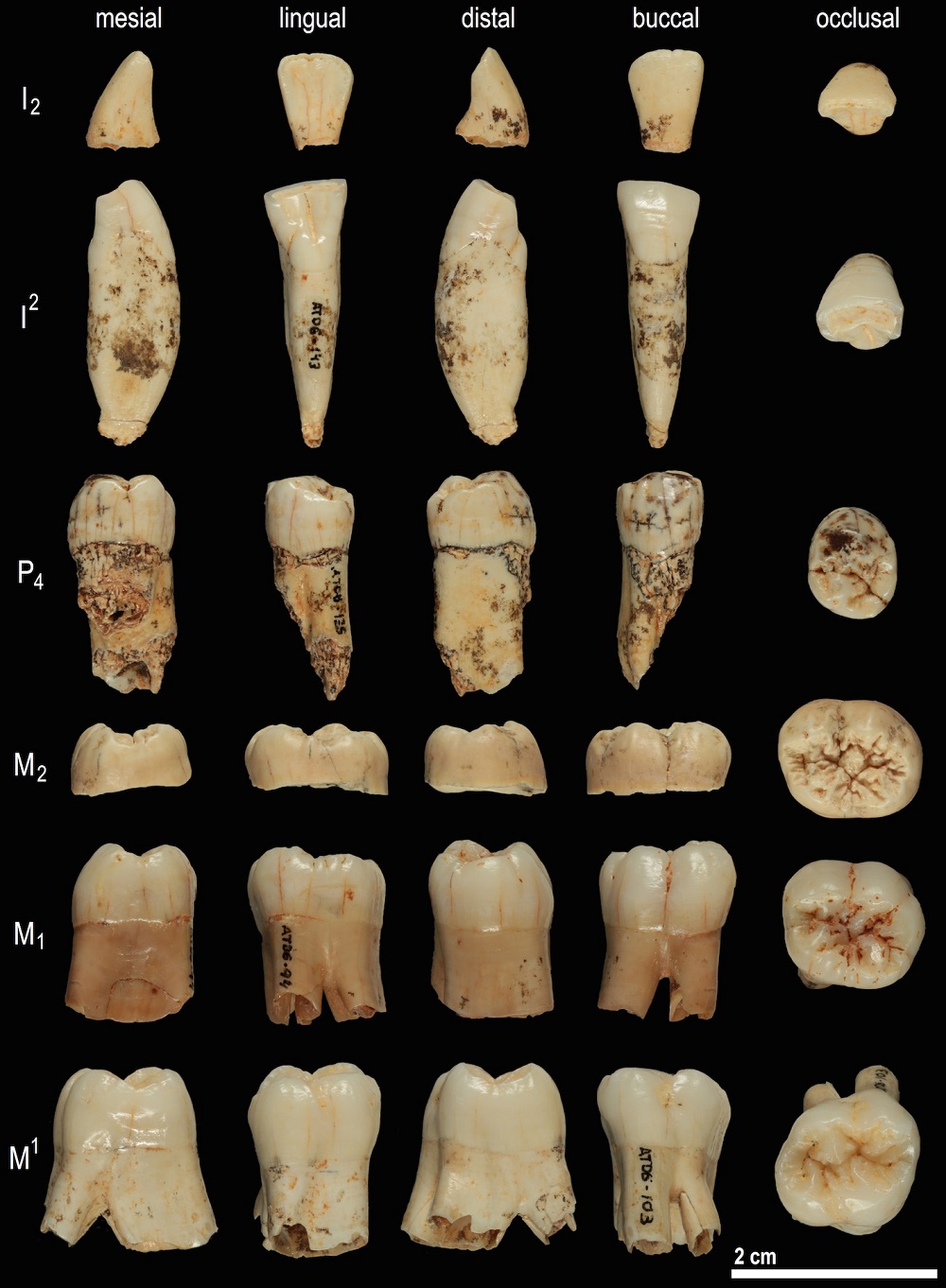 “The use of mass spectroscopy to study proteins, also known as palaeoproteomics, adds huge value to these types of projects,” says Eduard Sabidó, Head of the CRG and UPF Proteomics Unit. “Some proteins can be conserved for a very long time, helping us study ancient hominid samples that are too old to use traditional sequencing tools, because DNA is too unstable and has completely broken down over time.” “We have been able to analyse these ancient proteins in collaboration with the University of Copenhagen thanks to the experience and skills of the Proteomics Unit, as well as thanks to our cutting-edge mass spectroscopy units.”

“Much of what we know so far is based either on the results of ancient DNA analysis, or on observations of the shape and the physical structure of fossils. Because of the chemical degradation of DNA over time, the oldest human DNA retrieved so far is dated at no more than approximately 400.000 years”, says Enrico Cappellini, Associate Professor at the Globe Institute, University of Copenhagen, and leading author on the paper. “Now, the analysis of ancient proteins with mass spectrometry, an approach commonly known as palaeoproteomics, allow us to overcome these limits”, he adds.

The fossils analyzed by the researchers were found by the team led by Juan Luis Arsuaga, José María Bermúdez de Castro and Eudald Carbonell in 1994 in stratigraphic level TD6 from the Gran Dolina cave site, one of the archaeological and paleontological sites of the Sierra de Atapuerca, Spain. Initial observations led to conclude that Homo antecessor was the last common ancestor to modern humans and Neanderthals, a conclusion based on the physical shape and appearance of the fossils. 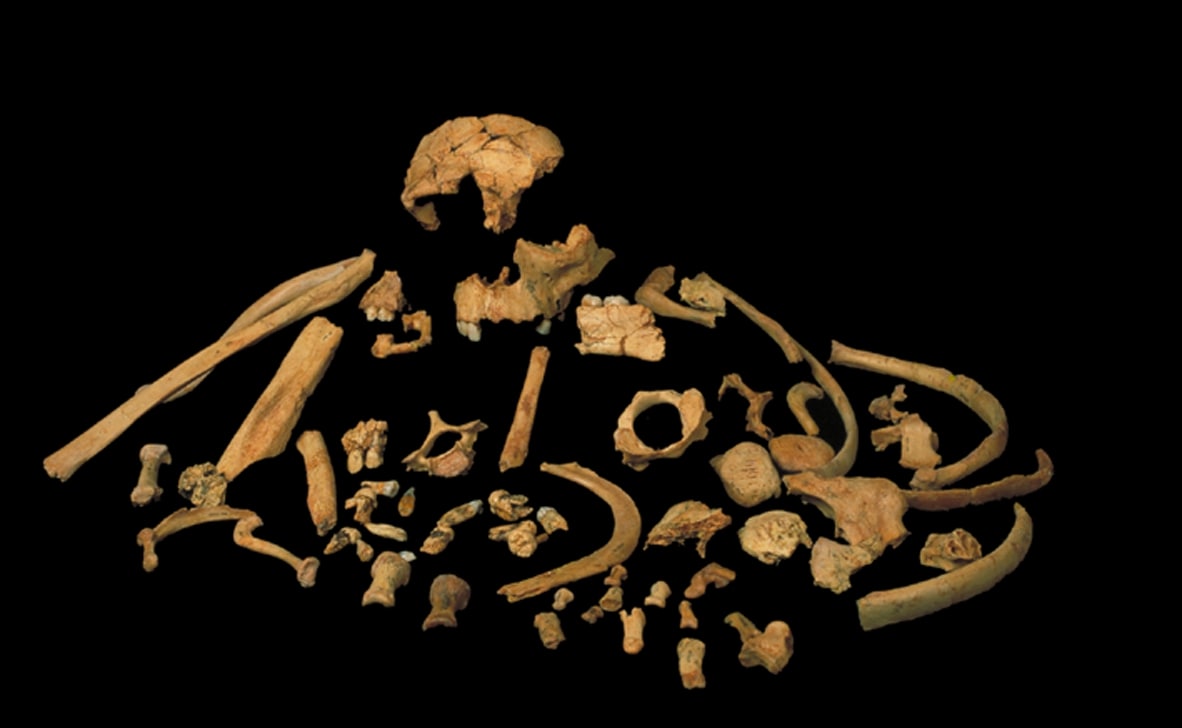 “I am happy that the protein study provides evidence that the Homo antecessor species may be closely related to the last common ancestor of Homo sapiens, Neanderthals, and Denisovans. The features shared by Homo antecessor with these hominins clearly appeared much earlier than previously thought. Homo antecessor would therefore be a basal species of the emerging humanity formed by Neanderthals, Denisovans, and modern humans”, adds José María Bermúdez de Castro, Scientific Co-director of the excavations in Atapuerca and co-corresponding author on the paper.

The new paleoproteomic technique allows scientists to retrieve molecular evidence to accurately reconstruct human evolution from times that were not yet accessible.

"The recovery of molecular samples from very old fossils combined with new computational techniques has brought about a revolution in the way we understand the relationship of species that are no longer among us. Many researchers in this study are involved in a European network of evolutionary work, and the coming years promise to be fascinating," says Tomàs Marquès-Bonet, director of the IBE with a dual appointment at the Centro Nacional de Análisis Genómico of the CRG and co-author of the article.