A mechanism that limits interferon in immune responses discovered

A mechanism that limits interferon in immune responses discovered 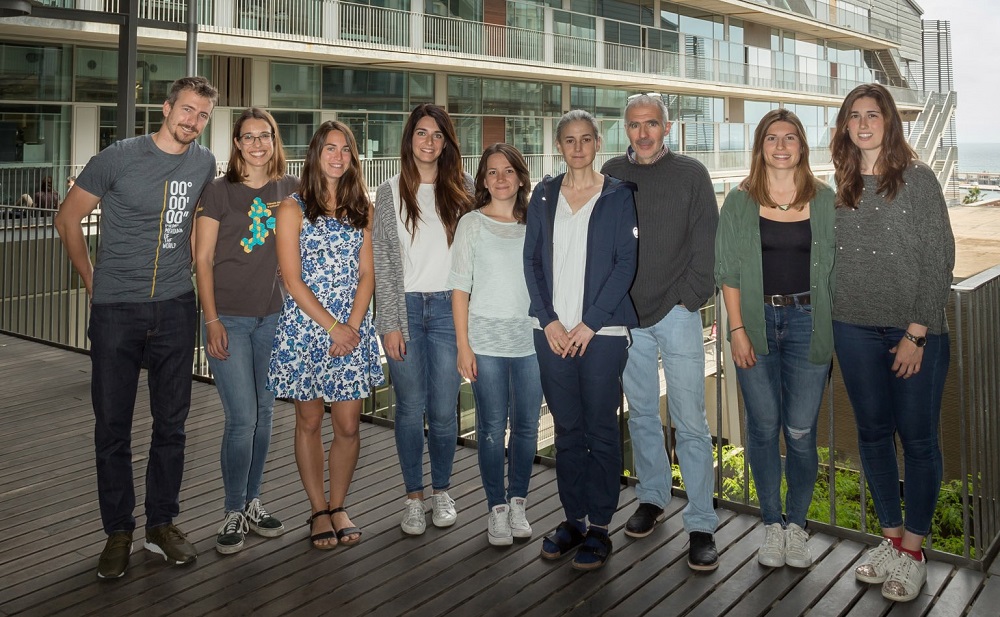 Researchers at the Department of Experimental and Health Sciences (DCEXS) at UPF have discovered a new pathway that controls interferon-type immune responses. The transcription factor NFAT5, which induces multiple inflammatory mediators, represses type I interferons, however.

The study, led by Cristina López-Rodríguez and Jose Aramburu has been published in Journal of Experimental Medicine. It is the result of collaboration between the DCEXS research groups NFAT Proteins and Immune Response, coordinated by Cristina López-Rodríguez and Jose Aramburu, and Immune Response and Infection Biology, coordinated by Andreas Meyerhans.

NFAT5 represses the type I interferon pathway by means of a mechanism in the first level of regulation that is possible, preventing its expression.

Interferons constitute a group of proteins produced by our cells in response to attacks by pathogens such as viruses or tumour cells. When a cell is infected by a virus, it secretes interferons, and thus activates antiviral defences in nearby cells. Although interferon is key in protecting against pathogens, an excess can cause inflammatory and autoimmune diseases, and so it is very important to keep it duly regulated.

Previous studies had described that the transcription factor NFAT5 favours the expression of numerous inflammatory genes. Now, this new study shows that NFAT5 represses the type I interferon pathway by means of a mechanism in the first level of regulation that is possible, preventing its expression.

Since interferon is one of the key regulators of antiviral responses, viral infections were studied in vitro and in vivo in mouse models. The NFAT5 knockout mice, i.e., mice lacking this transcription factor, produced more interferon and controlled the viral burden better, hence their bodies developed fewer viruses. Therefore, not having NFAT5 in this context seems an advantage.

“But we also studied other processes in vivo where an excess of interferon can be harmful, as in the maintenance of the reserve of stem cells”, explains Hector Huerga Encabo, first author of the article. Hematopoietic stem cells need to be in quiescence because if they are overactivated, for example, in chronic infections, the reserves of these cells end up running out. Thus, excess interferon produced by cells lacking NFAT5 causes an overactivation of hematopoietic stem cells, which allows inferring that NFAT5 helps to preserve their function.

NFAT5 is a very useful tool to allow us to respond to viruses to such a degree that it does not compromise other important functions of our body.

We have a system that ensures that the responses of interferon are not excessive and that there is a middle ground. Throughout our life we will suffer many infections and producing too much interferon each time we respond to them could deplete the reserves of hematopoietic stem cells. “We now know that NFAT5 is key to ensuring this very precise regulation”, Hector Huerga Encabo explains. “In immunology there are many cases where the response requires a brake to prevent it from being excessive. Thus, we are protected against diseases caused by the overproduction of inflammatory mediators”, he adds. 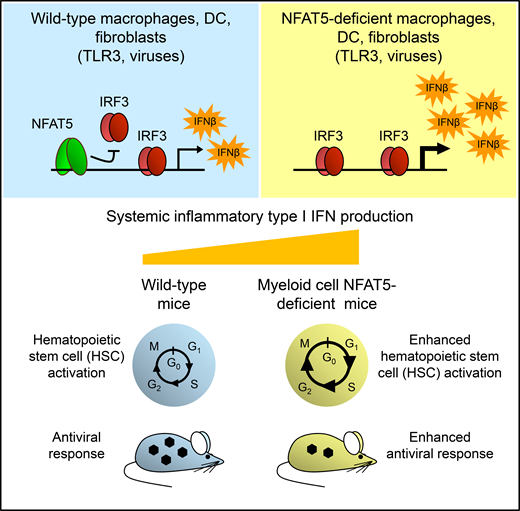 “From the experiments we have conducted in mice and in human cell systems, we propose that this mechanism is conserved between the two species”, Cristina López-Rodríguez explains. “In fact, the critical region of the beta interferon gene that controls NFAT5 is also well conserved in other mammals”, she adds. This illustrates how evolution has shaped the responses to pathogens to ensure their efficiency while minimizing their adverse effects. “NFAT5 is a very useful tool to allow us to respond to viruses to such a degree that it does not compromise other important functions of our body”, Jose Aramburu concludes.