A new molecule blocks the side effects of cannabinoid painkillers

A new molecule blocks the side effects of cannabinoid painkillers

UPF, the UAB, the UB, the João Lobo Antunes Institute of Molecular Medicine of the University of Lisbon have applied for the patent of ‘H’ peptide, which could promote the application of medicines derived from cannabis, which are highly effective but whose use is restricted due to their effects on the memory. 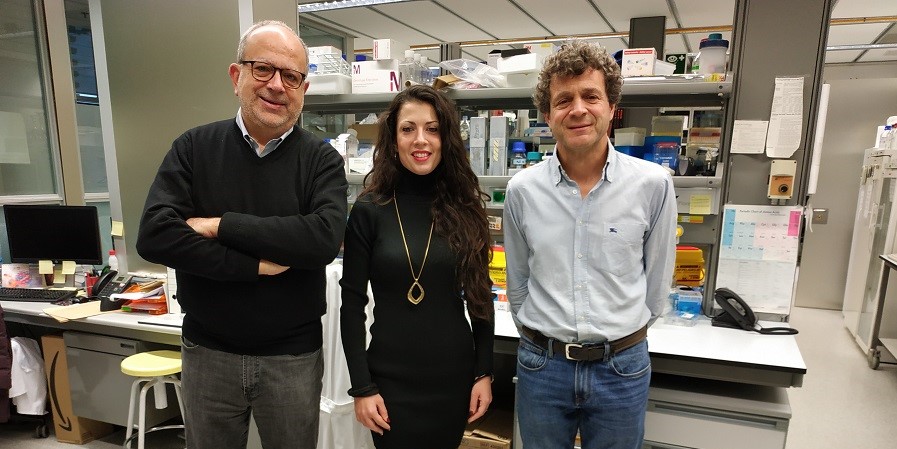 Medicines derived from cannabis are highly effective as analgesics to treat diseases such as multiple sclerosis and prevent vomiting in chemotherapy patients. Their use, however, is limited by their side effects in patients, particularly cognitive alterations and memory loss. Now, UPF, together with the UAB, the UB, the João Lobo Antunes Institute of Molecular Medicine of the University of Lisbon, Portugal, have applied for a patent for a molecule, ‘H’ peptide, which is capable of blocking the main adverse effects of tetrahydrocannabinol (THC), the most widely used active ingredient of cannabis, while preserving therapeutic capacity.

The researchers believe that the peptide could be used to develop a new drug that when administered with THC-based drugs, will prevent their side effects. According to Rafael Maldonado, head of the Neuropharmacology Laboratory at the Department of Experimental and Health Sciences (CEXS) at UPF, who led the research process into the molecule, the combination of compounds “would open up a huge field to seek new therapeutic applications for cannabinoids”, beyond the current limits. The Proteomics and Protein Chemistry Research Group, led by David Andreu, has played a significant role in the chemical development of the peptide, with the participation of the PhD student Maria Gallo.

The combination of compounds “would open up a huge field to seek new therapeutic applications for cannabinoids.

Why would achieving this be important? Today, two types of painkillers can be prescribed depending on the severity of pain: non-steroidal anti-inflammatory drugs (NSAIDs) such as ibuprofen or aspirin, to treat relatively minor pain, and opiates for severe pain. But, the scientist continues, “in the middle there is a series of chronic situations for which we have no treatment”, such as neuropathic pain (e.g., caused by nerve damage in diabetes and herpes), for which none of the treatments currently available are effective enough.

THC-based medicaments are effective against these health problems that other families of analgesics cannot treat, but their side effects restrict their use. For this reason, a solution that prevents the unwanted effects of cannabinoids would potentially have a significant impact.

“We decided to apply for the patent when we realized that it is possible to reach the clinic with this experimental strategy”, says Maldonado. The researcher reveals that the compound has generated a great deal of interest in the pharmaceutical sector. In his view, this is due to the fact that “there is a very broad population that needs a solution” when conventional painkillers do not work.

A solution that prevents the unwanted effects of cannabinoids would potentially have a significant impact.

In this context, the 'H' peptide is able to break the interaction between the two receptors (molecular complexes) of the nervous system involved in the problem: the one that transmits the analgesic effect and, on the other hand, the one responsible for cognitive impairment. In addition, it meets two other fundamental requirements to be useful in clinical contexts: on the one hand it is stable when entering the body, unlike other peptides; on the other, it is capable of crossing the blood-brain barrier, i.e., of reaching the brain.

This project is supported by the Caixaimpulse programme, an initiative of the La Caixa Banking Foundation and Caixa Capital Risc to promote knowledge transfer in the fields of health and biomedicine. They provide funding for projects arising from research that has the potential to reach the market and have an impact on society.