Using a computer model of the brain, Gustavo Deco, director of the Center for Brain and Cognition, and Josephine Cruzat, a member of his team, together with a group of international collaborators, have developed an innovative method published in Proceedings of the National Academy of Sciences on 3 September. 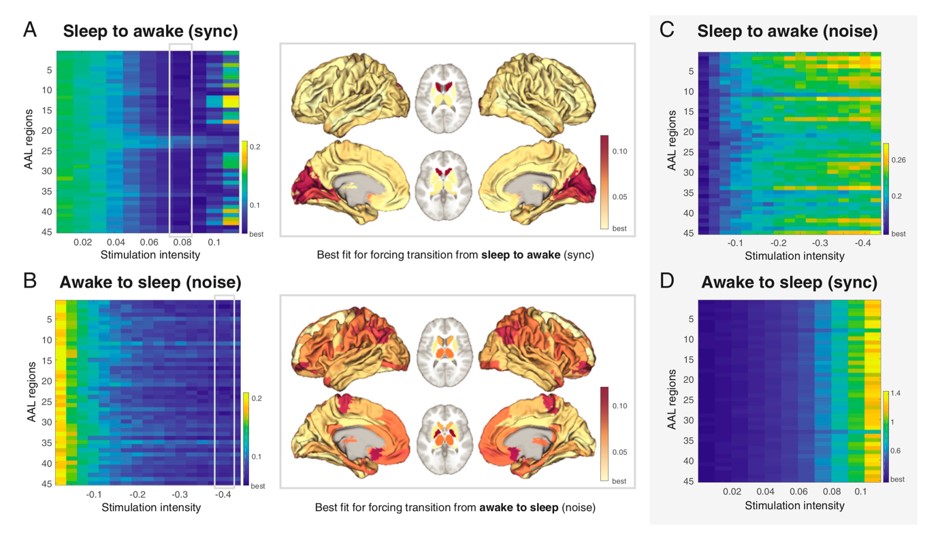 This is the starting point for the study published in the journal Proceedings of the National Academy of Sciences (PNAS) on 3 September, of which Gustavo Deco, ICREA research professor, director of the Center for Brain and Cognition (CBC) of the Theoretical and Computational Neuroscience Research Group at the Department of  Information and Communication Technologies (DTIC) at UPF, and Josephine Cruzat, a member of his research team at the CBC, are the first authors.  It also involves researchers from several universities abroad: University of Melbourne (Australia), University of Oxford and the University of Manchester (UK), University of Aarhus (Denmark), University of Minho in Braga (Portugal), Christian Albrechts University of Kiel, Goethe University of Frankfurt, and the Max Planck Institute of Tübingen (Germany).

In the first instance, the study provides a quantitative definition that characterizes the different brain states. This information is incorporated into a computational model of the human brain that allows the systematic study of the effects of brain stimulation in the transition from one brain state to another

The main contribution of the study published in PNAS is that it provides a reliable and robust definition that characterizes brain states and which, in combination with the complete computational model of the human brain, allows the systematic study of the effects of brain stimulation in the transition from one brain state to another.

“The underlying dynamics of a brain state are characterized as a set of metastable substates, each with a likelihood of occurrence and of transition between substates. This characterization can be incorporated into a model that simulates brain activity and is adjusted according to the empirical data obtained by means of functional magnetic resonance”, explains Gustavo Deco. The method developed by the researchers and the results obtained provide promising new treatment options to reverse pathological brain states such as psychiatric disorders or impaired consciousness.

To validate the method, the researchers used data from functional magnetic resonance conducted in healthy subjects both awake and falling asleep. Once the data had been incorporated into the model, they proceeded to study the effects of stimulation in different brain areas. “Systematic in silico external stimulation allowed us to predict which areas of the brain when stimulated allow transition from one state to another and vice-versa. This is how by applying currents we managed to awaken the brain in sleep state”, explains Cruzat.

“The results demonstrate the usefulness of the model for discovering where to stimulate in order to force the transition between brain states. Applied to psychiatric diseases, this method may enhance recovery from the disease”, explains Deco.