The three projects funded by the European Research Council will be conducted by the researchers John Palmer and Melanie Revilla, of the University’s Department of Political and Social Sciences, and Luca Fornaro, attached to the Centre for Research in International Economics (CREI), respectively. 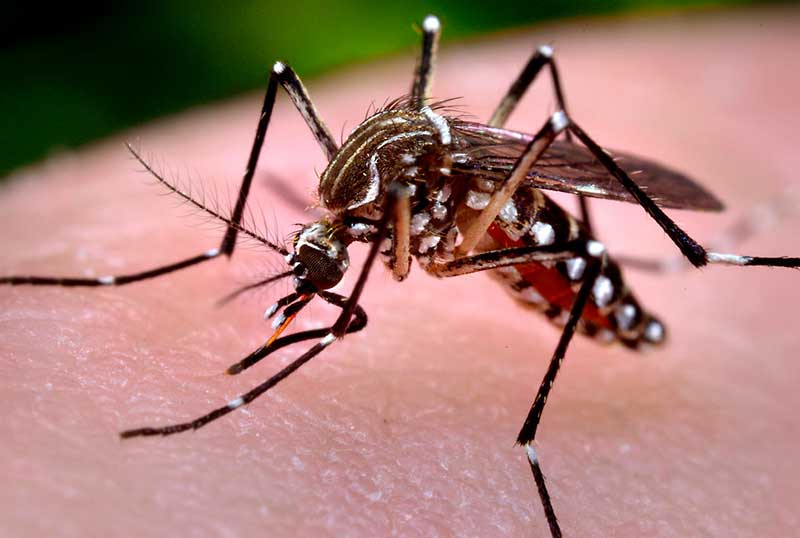 The European Research Council (ERC) has issued the results of the call for 2019 ERC Starting Grants in which a total of 408 scientists will receive a total of 621 million euros to carry out their pioneering research in the framework of the EU’s Horizon 2020 research and innovation programme.

Among them are three researchers linked to UPF, two with the Department of Political and Social Sciences: John Palmer, with the project “Human-Mosquito Interaction Project.  Host-vector networks, mobility, and the socio-ecological context of  mosquito-borne disease” (H-MIP), and Melanie Revilla, with “New opportunities to enhance or extend (mobile) web survey data and get better insights” (WEB DATA OPP).

The third is Luca Fornaro, a researcher at the Centre for Research in International Economics (CREI), a research institute sponsored by UPF and the Government of Catalonia, where he will conduct the project “Economic Fluctuations, Productivity Growth and Stabilization Policies:  A Keynesian Growth Perspective” (KEYNESGROWT).

The grants obtained by the three researchers, who are to carry out their research over the next five years, are endowed with amounts ranging between half a million and two million euros

The three grants obtained are within the scope of the social sciences and humanities of the call, two of which (those of John Palmer and Melanie Revilla) come under the heading “The Social World, Diversity, Population”, and the one of Luca Fornaro, under “Individuals, markets and Organization”. The other two major areas included in the call are life sciences and physical sciences and engineering.

John Palmer, who is a member at UPF of the Sociodemography (DemoSoc) research group and also the Interdisciplinary Research Group on Immigration (GRITIM), has obtained a grant of 1,960,828 euros to carry out his research. The H-MIP Project will use the positioning of mobile phones, DNA sequencing and citizen science, combined with traditional sociodemographic methods, to track networks of human-mosquito interaction: interaction networks that are created between humans (hosts) and mosquitoes (vectors) through bites, through which diseases flow and are transmitted. Thus, the aim is to present the mechanisms of sociodemographic and environmental behaviour that shape these contact networks in space.

The project will combine these innovative data with other existing datasets on population, urban structure, land cover and climate, and will analyse them using network theory, spatial models and machine learning. The results will enable improving dynamic models of mosquito-borne diseases and recommend management actions to reduce the risk of disease in Europe and throughout the world.

All public institutions, governments and enterprises make decisions based on information about society. As people spend more and more time connected online, new tools that are better adapted than current surveys are needed to investigate what people are doing in these circumstances and to take advantage of the new opportunities to measure data. Melanie Revilla, deputy director of the Research and Expertise Centre for Survey Methodology (RECSM), will receive a grant of 1,497,625 euros from the ERC to take advantage of the growing number of mobile devices and ubiquitous connectivity to obtain a more accurate and more complete vision of reality and help key stakeholders to make better decisions.

WEB DATA OPP will address three crucial research questions, around what Melanie Revilla calls “(mobile) web surveys)”: firstly, how to improve the quality of data from such surveys, from voice data, visual data and data collected “at the moment of truth”, that is, right after an event of interest. Secondly, if some of the survey questions can be substituted using measured data, obtained thanks to a tracking device to record online behaviour. The third issue that will be addressed by the research is if a more complete picture of reality can be obtained by combining new opportunities for measurement using (mobile) web survey data that allow answering questions that could not be dealt with until now.

A Keynesian theory that unifies business cycles and growth

With KEYNESGROWT, Luca Fornaro, who in addition to being a CREI researcher is also linked to the Department of Economics and Business at UPF, will develop a Keynesian growth framework to study business cycles and growth in a unified theory, which represents an innovative stance with respect to the traditional macroeconomic literature. The new framework will combine the Keynesian view, according to which fluctuations may be caused by changes in aggregate demand, with the idea that productivity growth is the result of investment by companies in innovation.

UPF and the CREI, among the fourteen State institutions to receive grants

UPF, together with the CREI, are among the fourteen Spanish institutions that have received ERC Starting Grants in the 2019 call, in which the State has achieved a total of 20 grants. The only institutions that have received more than one grant, apart from UPF, are the CSIC (4), the Center for Genomic Regulation (3), and the University of Salamanca (2).

Twenty-four countries in all host the institutions where the projects are to be carried out. Those that have achieved the most grants are Germany (73), the UK (64), and the Netherlands (53). Regarding the sex of the winners, men account for 62% and women 38%.

The scientists awarded the ERC Starting Grants, which will enable them to build their own research teams and conduct ground-breaking research in all disciplines, belong to 51 different nationalities.  Proof of the difficulty of obtaining these grants is the fact that of the total number of applications (3,106), only 408 were selected, i.e., 13%.