BAnDIT, a new European network of training in innovation

BAnDIT, a new European network of training in innovation

The project is led by Vanesa Daza, a researcher at the Department of Information and Communication Technologies, and its main partner (beneficiary) is Nokia Bell Labs, and Rovira i Virgili University and the company Caelum Labs as partners that are to collaborate with the organization of events and training stages. 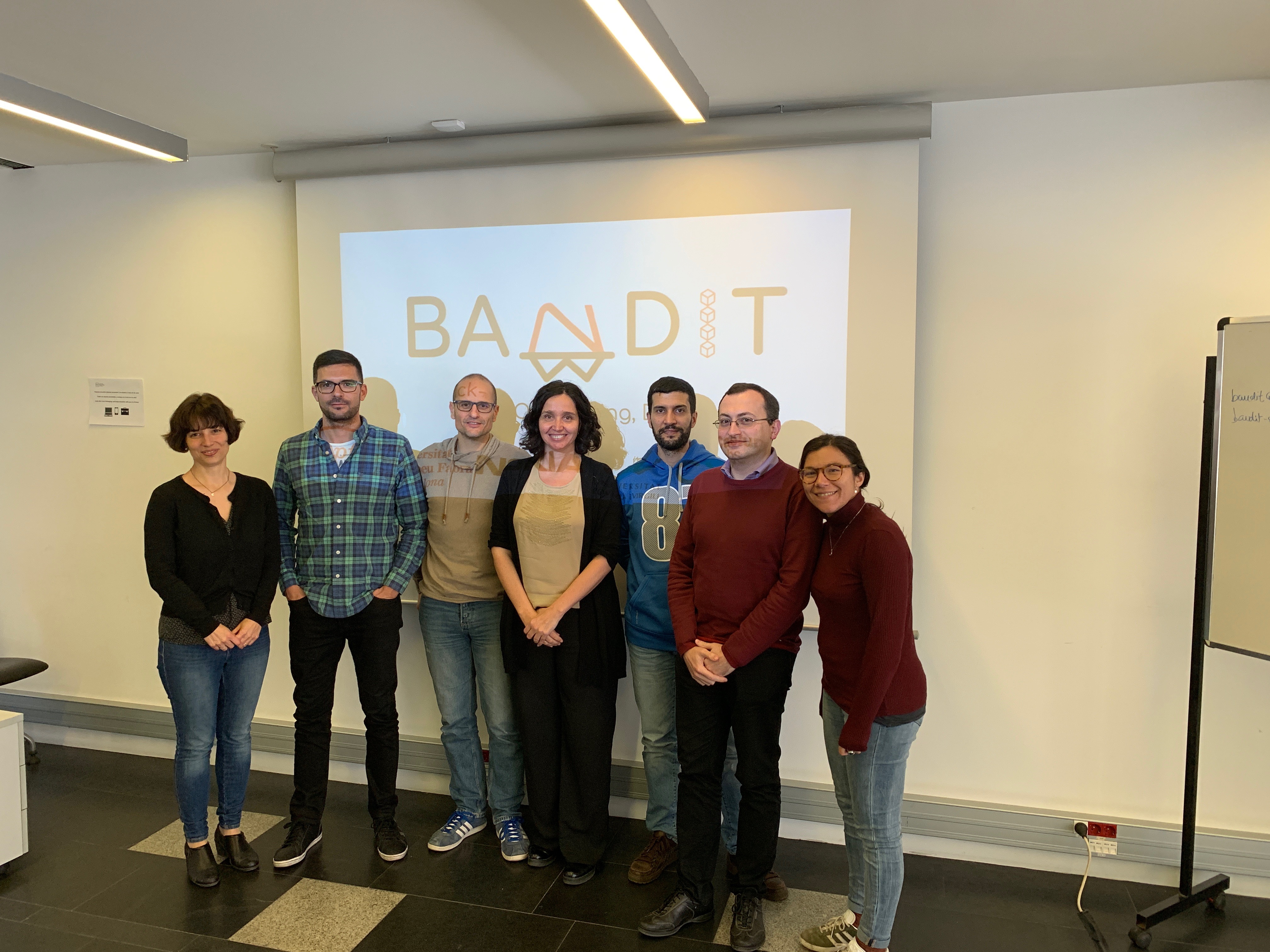 As we move to the Internet of Things (IoT), the number of devices that will be connecting to the Internet is increasing, many without any direct human control, and it is expected to increase in the immediate future. In parallel, a new technology has emerged which will be key in any future development in of the IoT: the blockchain. Initially designed a decade ago as the backbone of digital currency, blockchain technologies provide a powerful abstraction of digital trust, providing the bases for a transparent, connected system. These are just some of the features that suggest that blockchain is destined to play an important role in the development of the IoT.

BAnDIT will assess the weaknesses and potential threats of this powerful emerging technology, and will foster collaboration between industry and academia

A launch meeting held on 1 and 2 April on UPF’s Poblenou campus saw the start of BAnDIT, an acronym of Advanced Blockchain Attacks and Defense Techniques, a project that will assess the weaknesses and potential threats of this powerful emerging technology, and foster collaboration between industry and academia.

A network of training in innovation within the H2020 Marie Skłodowska Curie Programme of the European Commission, with two beneficiaries: UPF in the academic sphere, and Nokia Bell Labs, in the private sector. The platform will be coordinated by Vanesa Daza, a researcher at the Department of Information and Communication Technologies (DTIC) at UPF, in collaboration with Nokia Bell Labs, where Matteo Signorini will be the principal investigator in the industrial field.  Via the network, UPF will provide its experience of knowledge and research at the UPF departments. The project involves the Department of Information and Communication Technologies; Ester Oliveras of the Department of Economics and Business, and Josep Ibáñez of the Department of Law, with Nokia, which will be contributing its practical experience in blockchain terminal (BCT) technology.

The project’s main objective is to develop an advanced platform to test persistent real threats against blockchain terminal technology (BCT) and evaluate the weaknesses of the blockchain applications / and foster collaboration between industry and academia in a powerful emerging technology with a major impact on our society.

The project is structured around four individual research projects, each led by a principal investigator of the project, targeting four main research themes: